Controversial Nigerian actor, Yul Edochie has revealed what his friend who is a politician said about Tiwa Savage’s leaked tape.

Recall that Savage was mocked following the release of the tape.

However, a politician friend didn’t see it in that light.

He lambasted Savage over the tape and even also blasted Edochie for marrying another wife without his wife’s knowledge. 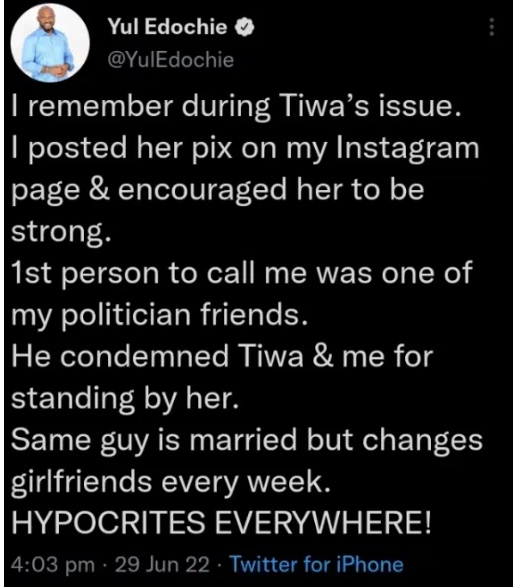