A video of a police officer assaulting a yet-to-be-identified man by hitting him repeatedly with a machete has gone viral.

According to eyewitnesses, the incident happened in Ekori community in Cross River State. 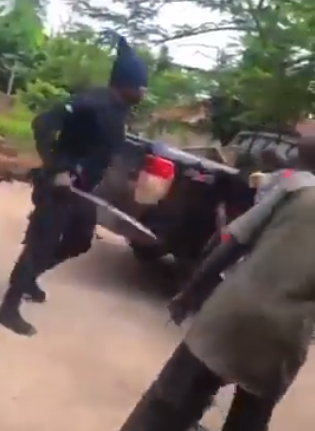 Reacting to the video, the spokesperson of the Nigeria Police Force, CSP Olumuyiwa Adejobi, said the Commissioner of Police in the state has been contacted and necessary action will be taken on the incident.

See the response below… 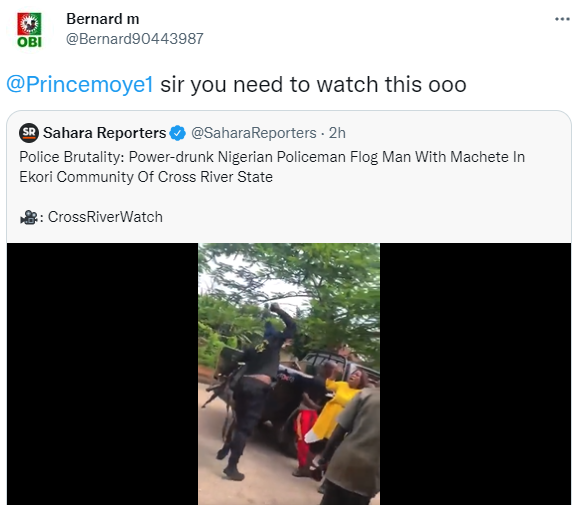 Watch the video of the assault below