In 2015, Usman beat Edwards on points in what heralded a 19-fight win streak and became the UFC’s pound-for-pound king in the years that followed.

Edwards, a Jamaica-born Briton, landed a vicious kick that sent Usman dashing to the canvas with just seconds left of the clash, in a sweet revenge of the 2015 loss . 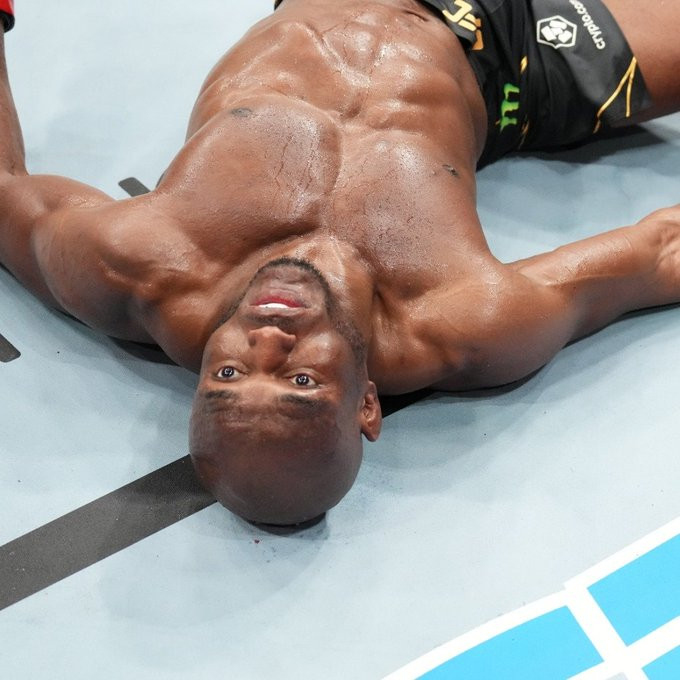 Edwards came into the fight at the Vivint Smart Home Arena in Salt Lake City, USA off an undefeated streak, winning nine bouts in a row.

In the first round, both fighters three punches cautiously but Usman came out the better fighter as he gave different punches to Edwards’ face and body.

Usman despite having an ankle injury managed to keep himself grounded and land punches on Edwards.

By the fourth round, Usman was winning 3-1 and and if he had won the fight would have tallied MMA Greatest of All Time Anderson Silva with six successive title defences.

But in round five, Edwards tricked Usman with a daft move, and landed a left kick on Usman’s head, which knocked the Nigerian out. 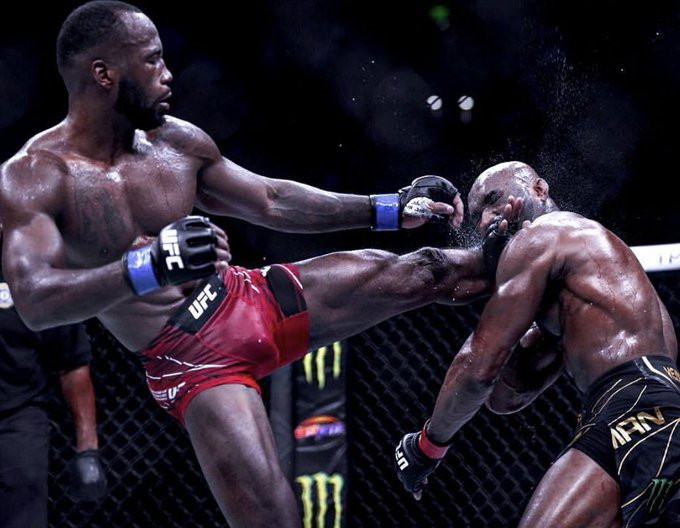 Edwards after receiving the belt as the new UFC welterweight champion, said,

“It doesn’t matter. From the trenches. I’m built like this. I go until the final bell. Pound-for-pound, head shot, dead.

“I told you we could win a belt from the UK, now look at me. There is no pound-for-pound, the belt belongs to nobody.

“I told you, mum, I’d change our lives. World champion, world champion, look at me now. I was born in Jamaica with nothing. I lived in a wood shack with a zinc roof.”