Ukranian fighter, Oleksandr Usyk confirmed his spot at the top of the heavyweight division with a rematch win over British-Nigerian boxer, Anthony Joshua on Saturday night, August 20, at the King Abdullah Sports City Arena in Jeddah, Saudi Arabia. 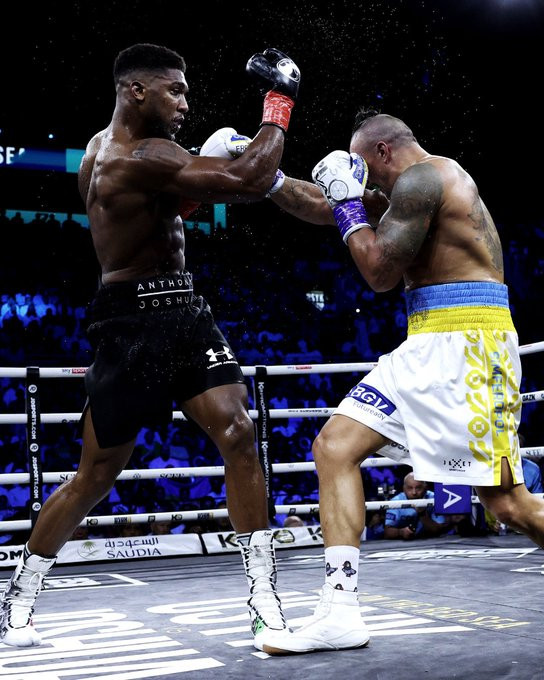 During the fight, Joshua showed a different side of him, putting plenty of pressure and landing body shots to Usyk, a great departure from their first fight in September.

The body punches nearly broke Usyk (who helped defend Ukraine during Russia’s invasion) – in the ninth round. 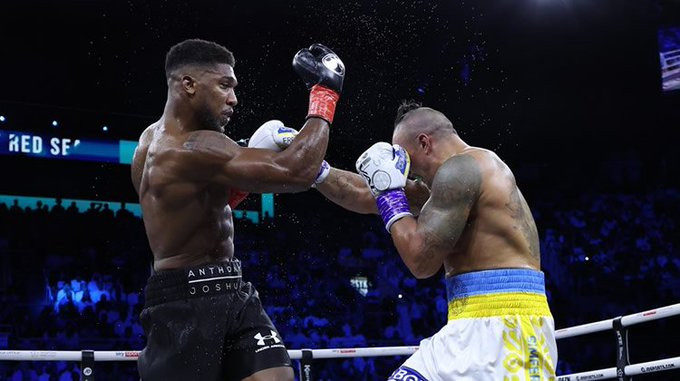 Usyk then showed impeccable character in the 10th round, clipping Joshua with heavy counter-punches to end the bout.

Speaking through a translator after the fight, Usyk said;

“This is already history,” “Many generations are going watch this fight, especially the [10th] round, when someone tried to beat me hard, but I standed it and turned it in a different way. Thanks, God.”

Usyk was asked whether he thought he won the fight in light of the protestations from Joshua’s corner. “Yes, of course,” he answered

When asked about the one major heavyweight title that’s not in his possession: the WBC belt held by Tyson Fury, Usyk responds;

“Only God knows whether I will or not. But all these gentlemen here around me, my team, they’re going to help me.”

Only God knows whether I will or not. But all these gentlemen here around me, my team, they’re going to help me.”

Watch the video below….

Oleksandr Usyk fights back the tears as he takes a split-decision win over Anthony Joshua. 🇺🇦 pic.twitter.com/qlbFYGq8oE