The FBI on Monday August 8, launched an unprecedented search on former US President Donald Trump’s Mar-a-Lago home in Palm Beach, Florida, as part of a federal investigation into allegations he removed classified documents from the White House when he left office.

Trump did not say why the agents appeared to be at his Florida property but, in an emailed statement, added that “this unannounced raid on my home was not necessary or appropriate.” 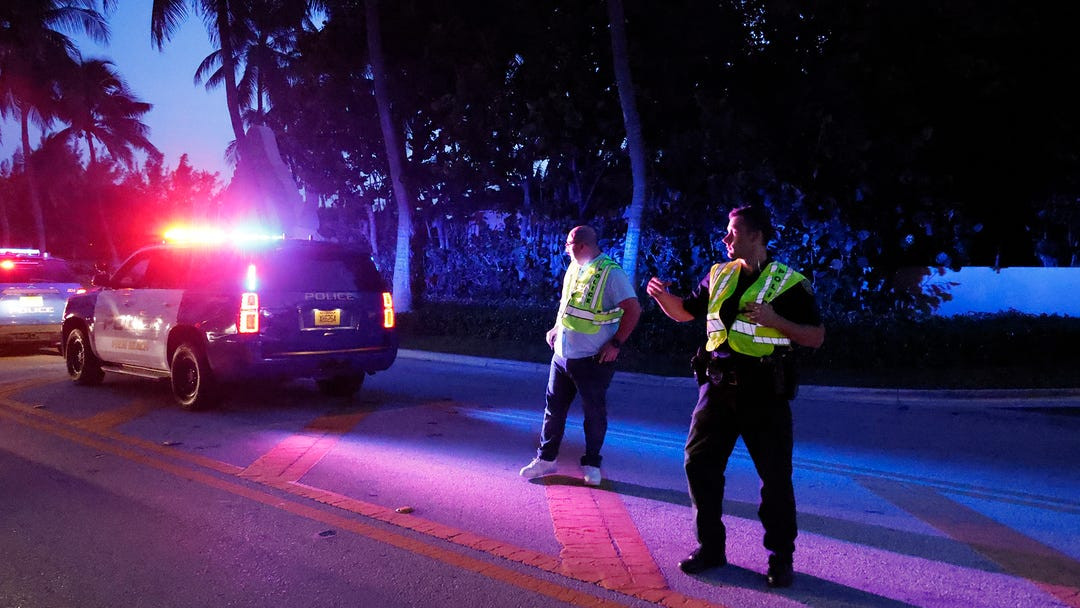 Trump is under investigation by the Justice Department for removing presidential records from the White House and storing them at Mar-a-Lago for up to a year, a potentially serious violation of the law especially if the records were classified. Trump has denounced that investigation, saying he was entitled to take the records and that the investigation is partisan. 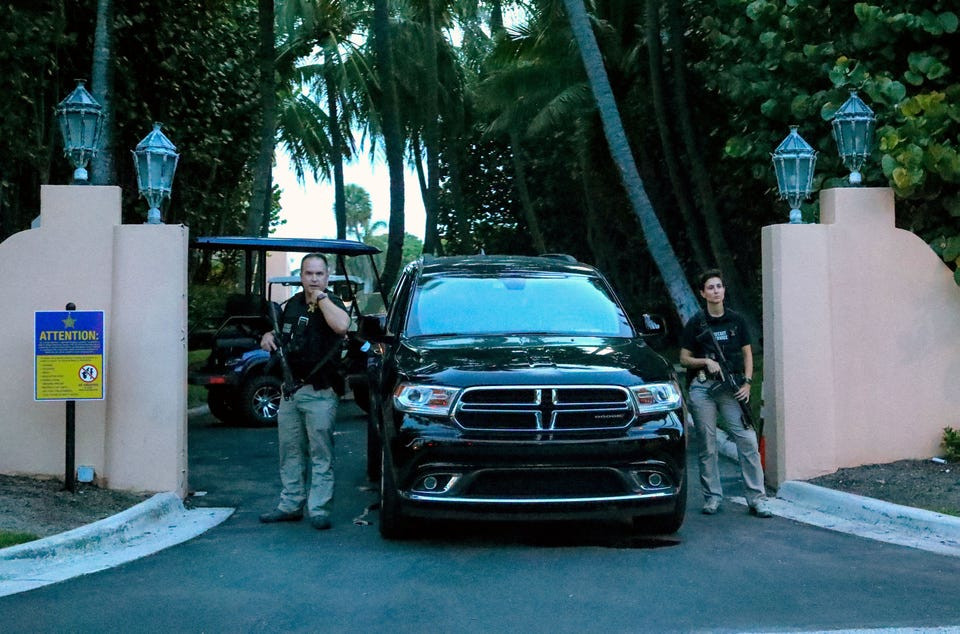 Trump in a statement Monday night, August 8, also claimed that agents searched his safe, but did not elaborate. “They even broke into my safe,” he said in his statement.

The dramatic escalation of law enforcement scrutiny of Mr Trump comes as he prepares for a possible third presidential run in 2024.

Trump said he had co-operated with all relevant government agencies so the “unannounced raid on my home was not necessary or appropriate”.

Trump said it amounted to “prosecutorial misconduct” and “the weaponisation of the Justice System” to prevent him from running for the White House again.

“Such an assault could only take place in broken, Third-World Countries,” he said. “Sadly, America has now become one of those Countries, corrupt at a level not seen before.

“They even broke into my safe!” 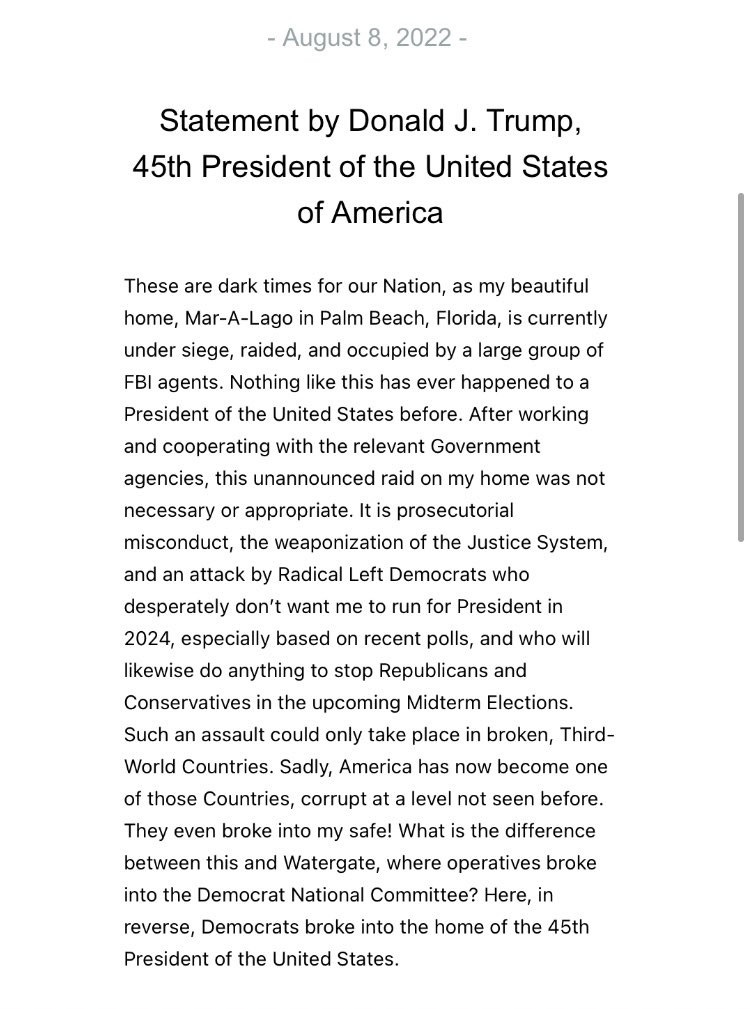 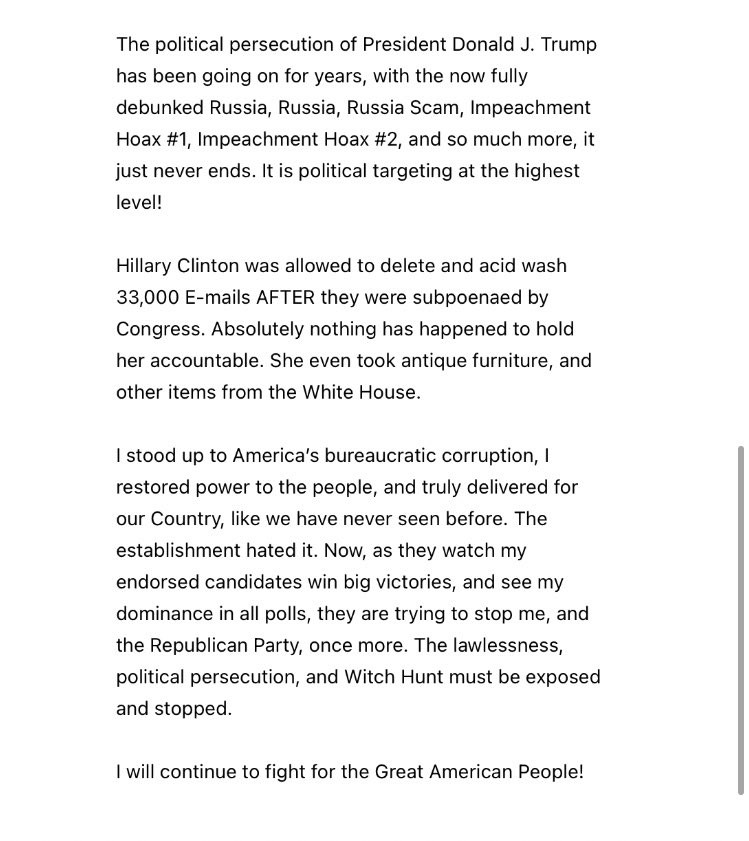 Trump and some of his associates are also under scrutiny by the FBI, the Justice Department, and the Internal Revenue Service for alleged wrongdoing during his four-year administration.

Under the law, any search would need to be authorized by a judge after finding evidence of probable cause that a crime had been committed, “and that there’s probable cause to believe that the evidence of the crime exists in the place to be searched,” said David Kelley, the former interim U.S. Attorney and deputy U.S. Attorney for the Southern District of New York in Manhattan.

According to Fox news, the FBI notified the Secret Service in advance of the law enforcement action, indicating that they had a search warrant for the property.

The Secret Service reportedly facilitated the FBI’s entry to the property but did not participate in the search.

Former FBI Deputy Director Andrew McCabe told CNN on Monday night that the search warrant issued for Trump’s Mar-a-Lago residence would have been “planned out and reevaluated and legally examined” at the highest levels of the FBI and Justice Department.

“I can’t overemphasize how big of a deal this would have been within the Department of Justice and the FBI,” said McCabe. “This is not, you know, a couple of agents showing up at some judge’s door in the middle of the night to get an emergency warrant.”

“This is something that would have been planned out and reevaluated and legally examined from every possible angle by the entirety of the leadership structure (of) both organizations,” he said.

In explaining the process of obtaining a federal search warrant, McCabe said any prosecutor would have to go before a judge “and convince that judge that there is probable cause to believe both that a federal crime has been committed, and that evidence of that crime is contained within the space you have described in your warrant request.”

McCabe, who is now a law enforcement analyst for CNN, was fired by Trump in 2018 shortly before he was planning to retire from the FBI.

“When Republicans take back the House, we will conduct immediate oversight of this department, follow the facts, and leave no stone unturned,” he tweeted. “Attorney General Garland, preserve your documents and clear your calendar.” 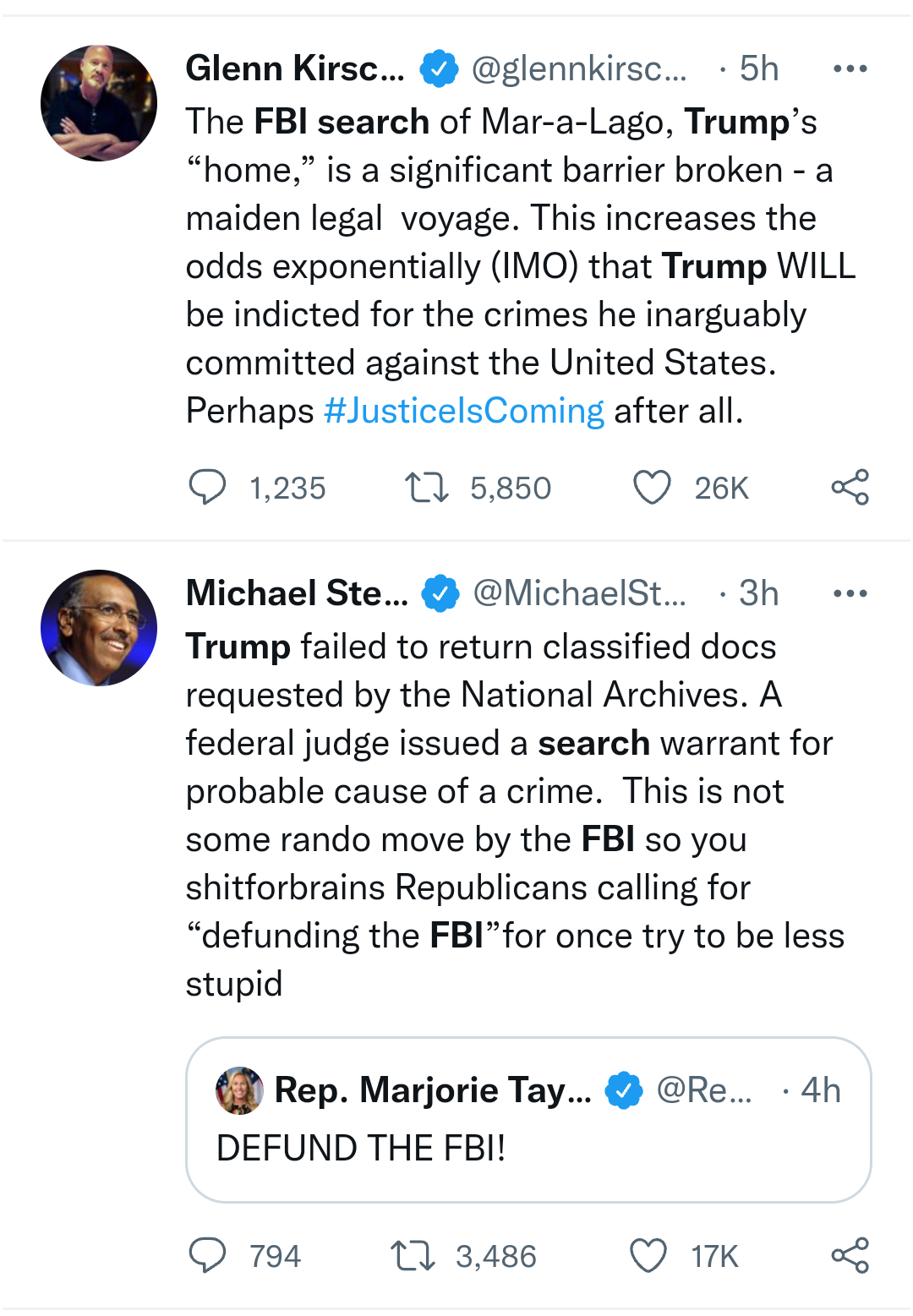 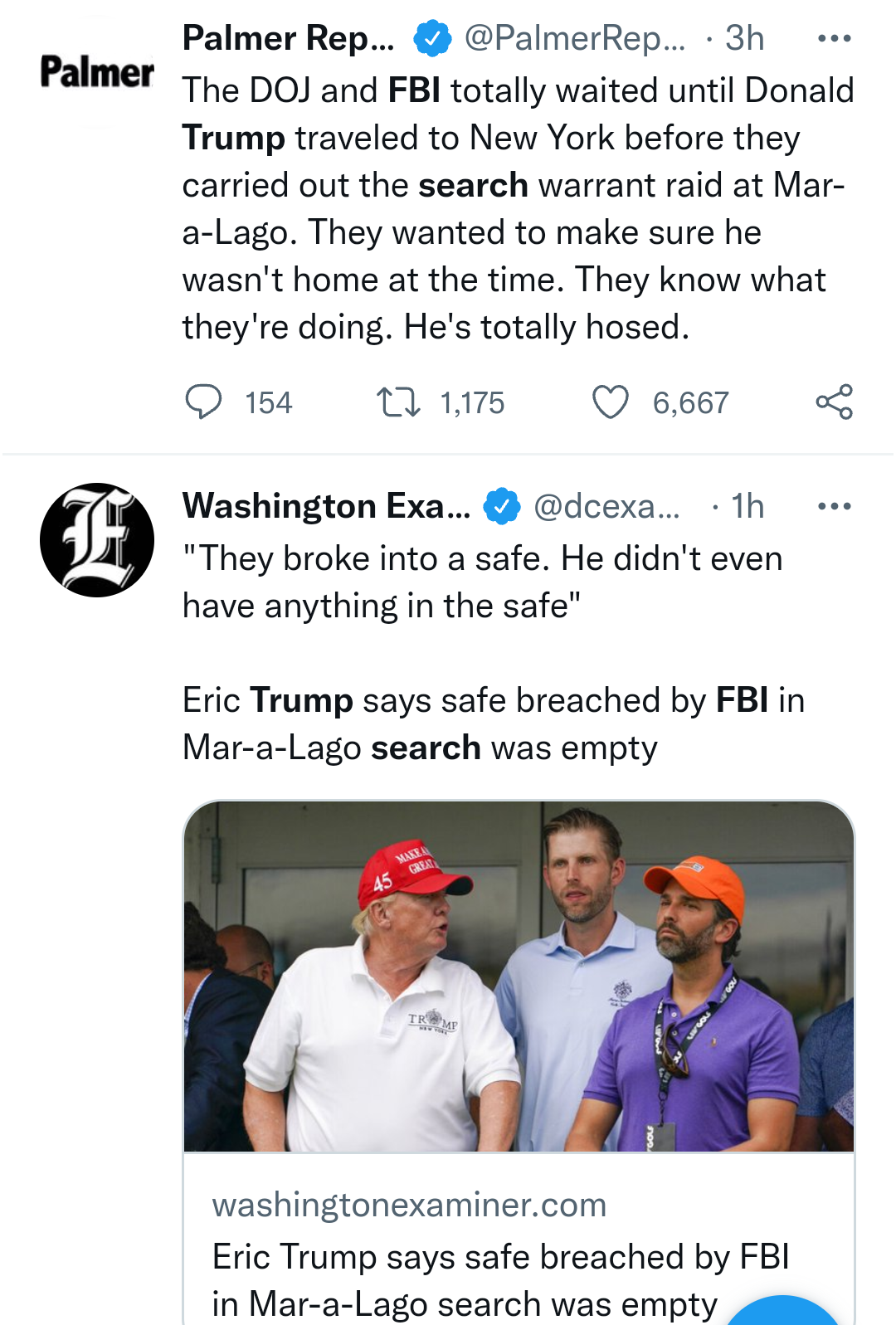 Of course Rachel Maddow gave a superb description of the process and specific requirements that had to be met in order for the FBI to obtain that search warrant of Trump’s property. pic.twitter.com/DsVaNcqPF5

tRump Says @FBI Has Raided Mar-A-Lago & Even Searched His Safe. Although Prosecutors Are Escalating Their Focus On 45’s Conduct During The Insurrection, The Search May Pertain To His Unauthorized Removal Of Classified Documents From The White House. https://t.co/nCd2T2Q1sH pic.twitter.com/qMUQgPUVy5