On Saturday night, August 20 in Saudi Arabia, Joshua lost for the second time to Usyk, and after the match, he threw two heavy weight belts down before telling Usyk he won the fight not because he’s strong but because he’s skilled. 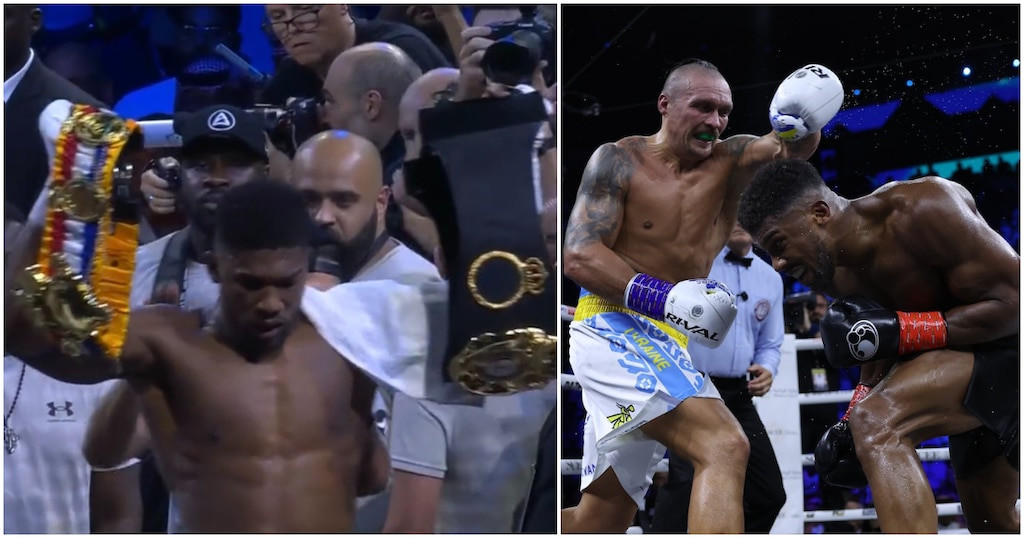 He then stormed out of the ring before climbing back in and grabbing the mic to address the crowd with a bizarre rant as his emotions were clearly running high. 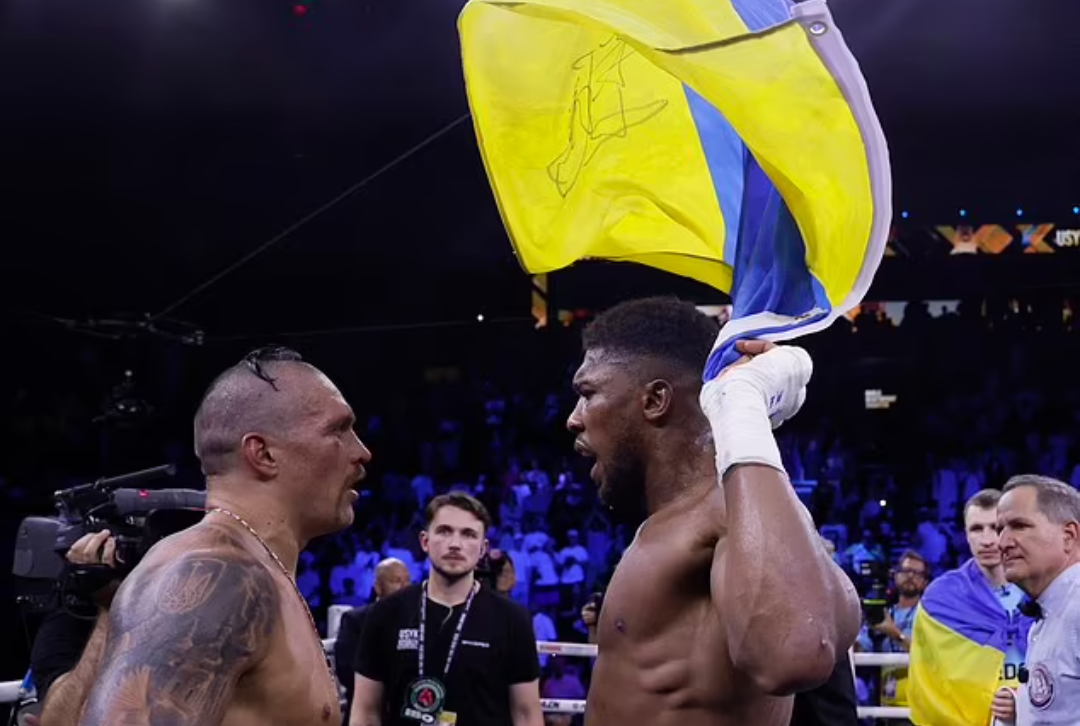 In an expletive-filled rant, he discussed the fight, his career, the ongoing crisis in Ukraine, and also led cheers to Usyk.

“If you knew my story you would understand the passion. I ain’t no amateur boxer from five-years-old that was an elite prospect from youth,’ said Joshua.

‘I was going to jail, I got bail and I started training my arse off, I wanted to be able to fight.’I’m stealing this Usyk I’m sorry, but it’s because of the passion we put into this.

This guy to beat me tonight, maybe I could have done better, but it shows the level of hard work I put in so please give him a round of applause as our heavyweight champion of the worldI’m not a 12 round fighter, look at me, I’m a new breed of heavyweights, Mike Tyson, Sonny Liston, Jack Dempsey, ‘you don’t throw combinations like Rocky Marciano’, I’m 18 stone, I’m heavy, it’s hard work.

‘This guy here is a phenomenal talent, we’re going to cheer for him three times.’

Anthony Joshua lost his temper after losing his rematch to Oleksandr Usyk and reacted angrily by throwing two belts out of the ring. 🚨pic.twitter.com/VjS8z3UrGl Anthony Joshua throws two belts out of the ring as he loses temper after defeat to Oleksandr Usyk. 😲😲 pic.twitter.com/PHDIe2FWGh

@anthonyjoshua needs to watch this back and realise how much of a complete idiot he’s come across! The rant was pathetic! https://t.co/pp2eHAIWyv

It wasn't just the rant. The Anthony Joshua pre rant was just as embarrassing. If not more so.