Prince Andrew was heckled by a man in the crowd as the royal followed the Queen’s coffin through Edinburgh in his suit after being banned from wearing his military uniform.

The young man was filmed shouting ‘Andrew, you’re a sick old man’ as the Duke of York, 62, passed behind his mother’s hearse before the protester was brought down by an onlooker and arrested.

#PrinceAndrew heckled during procession on way to St Giles cathedral in Edinburgh.Pulled out of the crowd. @SkyNews #QueenElizabeth pic.twitter.com/q6lSQc2azV

As an officer led him away he shouted ‘disgusting’ and ‘I’ve done nothing wrong’ while in the background people shouted ‘God save the King’.

This young man heckled Prince Andrew. HE had every right to do so #AbolishTheMonarchy pic.twitter.com/hcrfjp5gOY

Police Scotland later said a 22-year-old man had been arrested ‘in connection with a breach of the peace on the Royal Mile’. His first name was Rory, according to a reporter from Holyrood magazine. 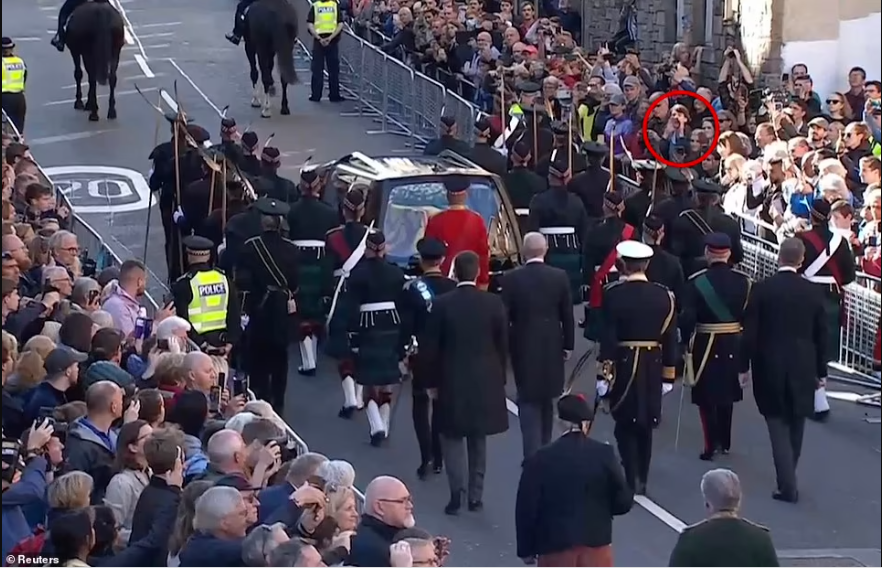 Andrew, a Falklands War veteran who was exiled from public life amid the fallout from his role in the Jeffrey Epstein sexual scandal, was not allowed to wear military dress for today’s occasion and instead wore a morning suit. 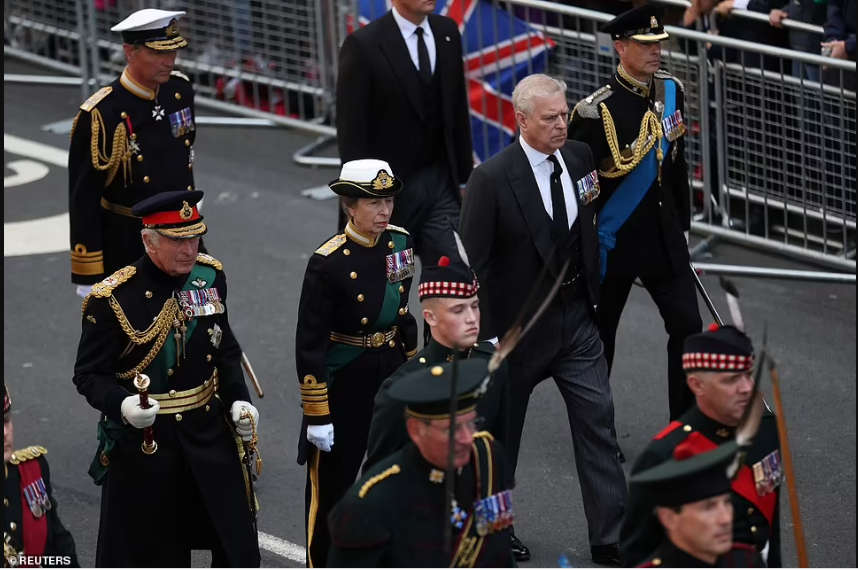 The prince will have to appear in civilian clothes at all the other public events to mourn his mother, although an exception will reportedly be made as a special mark of respect for the Queen at the final vigil in Westminster Hall.